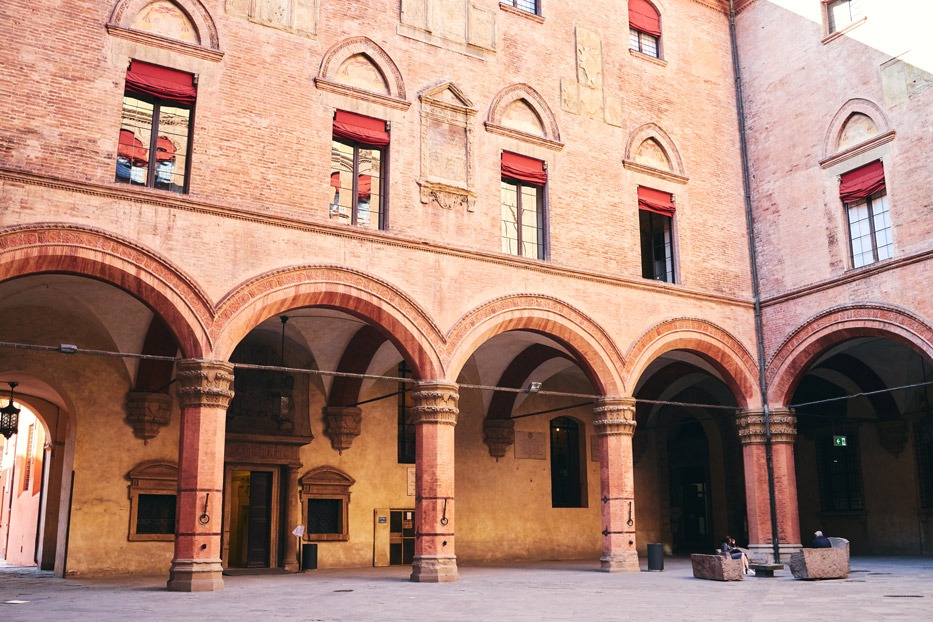 No other city in the world has as many porticoes as Bologna. Within its medieval city center, the central Italian city is corniced by more than 38 kilometers of covered walkways.  It should come as no surprise that Bologna has become a treasured UNESCO World Heritage Site.

Bologna, the last stop of this year’s The Dressing Screen tour, is also a cultural mecca and is home to the oldest university in Europe. In addition to the academic spirit that permeates the city, it is also well known the world over for its gourmet cuisine and pillars of the culinary world. The city’s gastronomic traditions have echoed and reverberated worldwide, since the Middle Ages, when great chefs were hired to work in the courts of some of the most powerful, aristocratic families and there were already more than 150 restaurants and 50 hotels.

Today, this centuries-old tradition is found in the city’s botteghe or temples of fine cuisine, a movement that was trailblazed by locales like Paolo Atti (about 150 years old), Tamburini (since 1932, the go-to for fine, gastronomic specialities) and the renowned Salumificio Simoni. These are also spots that are frequented and adored by the founders of The Dressing Screen, two women who call Bologna home. Bologna, not surprisingly, is the place where it all began. 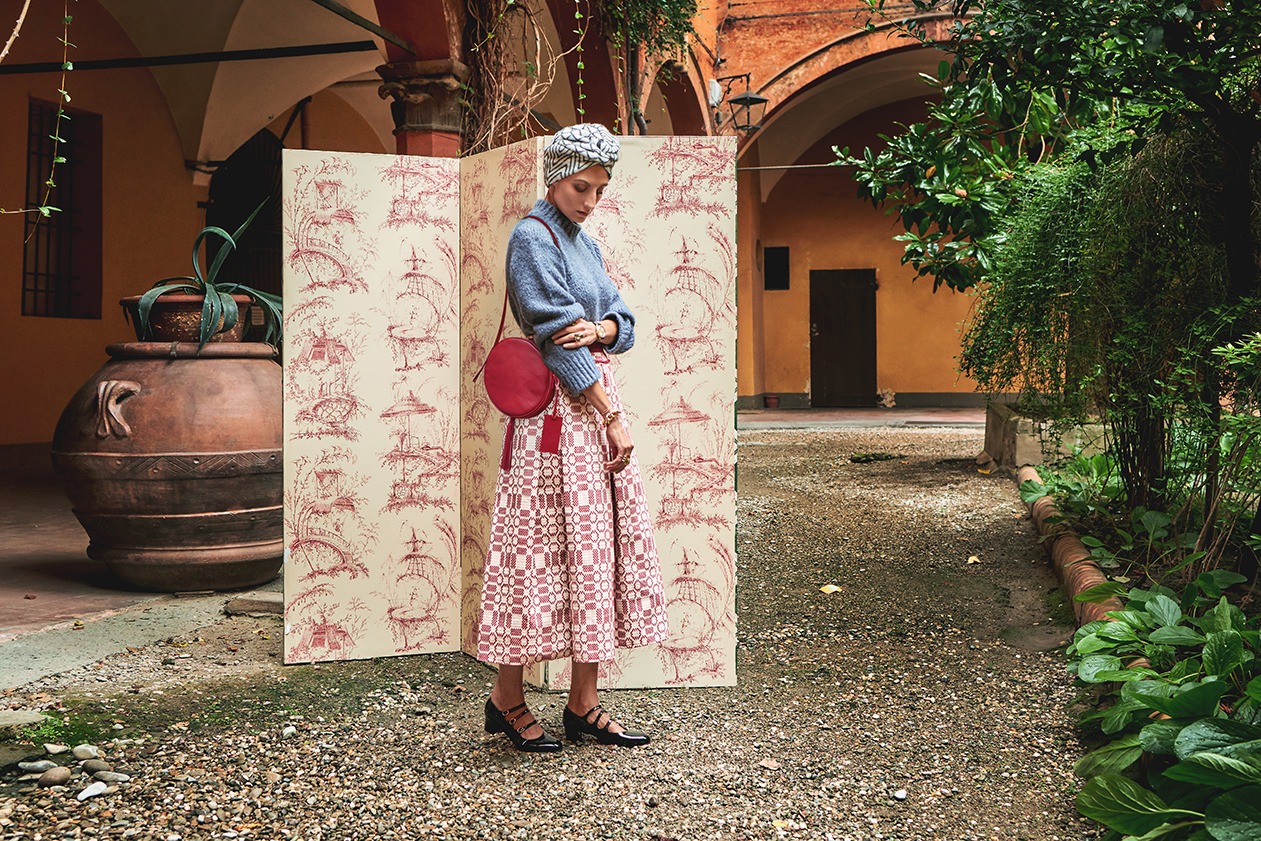 Helen, our TDS ambassador, steps off the train and is ready to meet a special friend for a lunch date … but not before visiting TDS founders Stefania and Claudia, who work out of an intimate creative space in an ancient palazzo adorned with porticoes. Here, Helen admires the first “dressing screen,” the very symbol that inspired TDS’ name. She stands before it and allows herself to be styled. In a look that seems tailored just for her she is enhanced by the nuances of Nina Leuca’s cotton skirt, in which the colors of Salento and the Mediterranean charm are imbued perfectly with Alyki’s cashmere and silk pullover. An alluring vintage look that is completed by the shiny leather Tarcio lace pumps, created exclusively for TDS.  Tarcio is a local workshop that has hand-crafted footwear for thousands of women, including international celebrities, for over 40 years. The perfect bag? A pattern of orbs by Funky Mama in red leather, for a dose of colorful levity, enlivened by a long tassel.

The trio chat about what is on the horizon for 2020 and the adventures around Italy that are in store for Helen and the TDS team.  Later, Claudia and Stefania accompany Helen to visit some of the city’s artisans such as the historic Argenteria Corradini (a noble Bolognese reality founded in 1920, of which TDS offers frames as well as a range of table objects) and Crepundia, a jewellery maker that has laboratories in Florence, Bologna and Milan. Since 2005, its owners Simonetta and Federica have been crafting simple yet unique jewels. 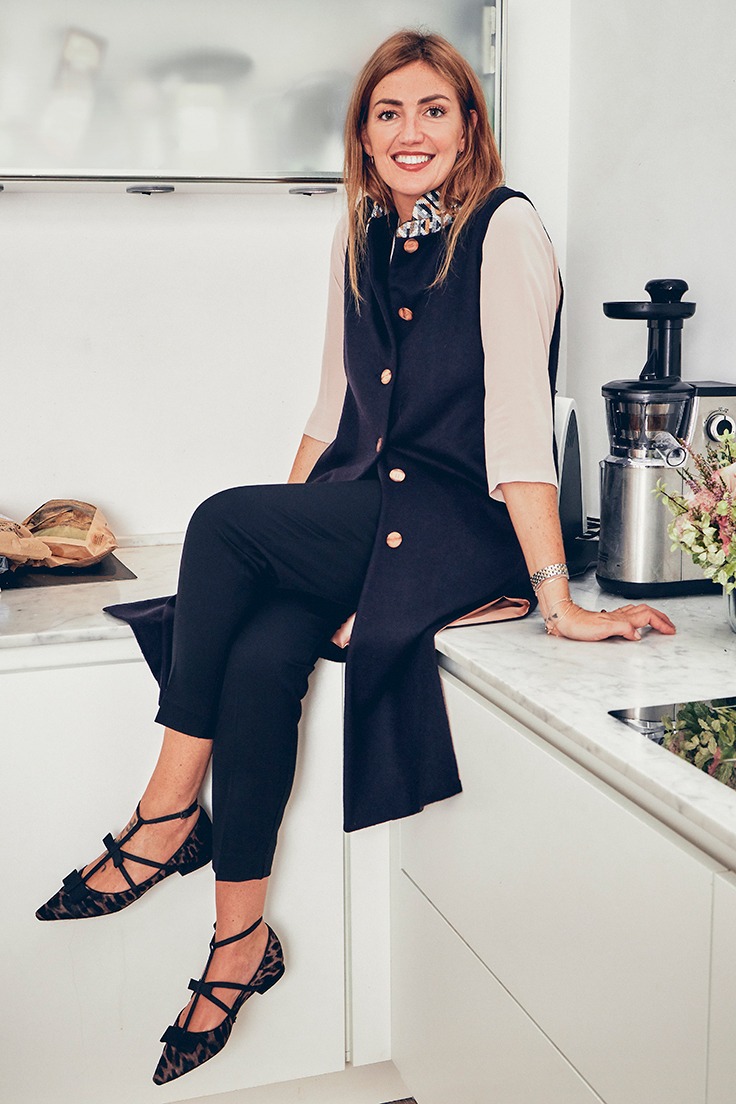 A special pre-Christmas lunch is approaching. A special friend, Chiara Maci, a famous food blogger, writer, gourmand and protagonist of the second edition of the TV program “Italia a Morsi” (Italy in bites), a food show that is dedicated to traditional recipes is waiting for her. Today, Chiara is in her hometown, spending time with her children and her relatives. Over some local delights, she is ready to discuss the wonders of Italy and what it means to her. “For me, Italian style revolves around one word: research. Research of the best materials, the exclusivity of design and of quality… with an eye on the beauty of our nation that often also influences the style and refinement of products [all over the world],” said Chiara, who has been living in Milan for years and is just as passionate about some local brands, as she is about food. Today, she’s wearing a made-to-order vest by Scilè, a new project conceived by two passionate friends who envisaged their brand around a traditionally masculine article of clothing. Short or longuette, always feminine, perfect with dresses or trousers, the vest is one of the best items to polish any style. Chiara combined a romantic blouse by Virtuosa Muse with flat animalier “Annadea” shoes accented with a bow and a strap by Anna Baiguera. Baiguera’s brand is appreciated for its ultra-chic ballerinas, elegant sandals and ankle boots, such as those offered in the selection of TDS. 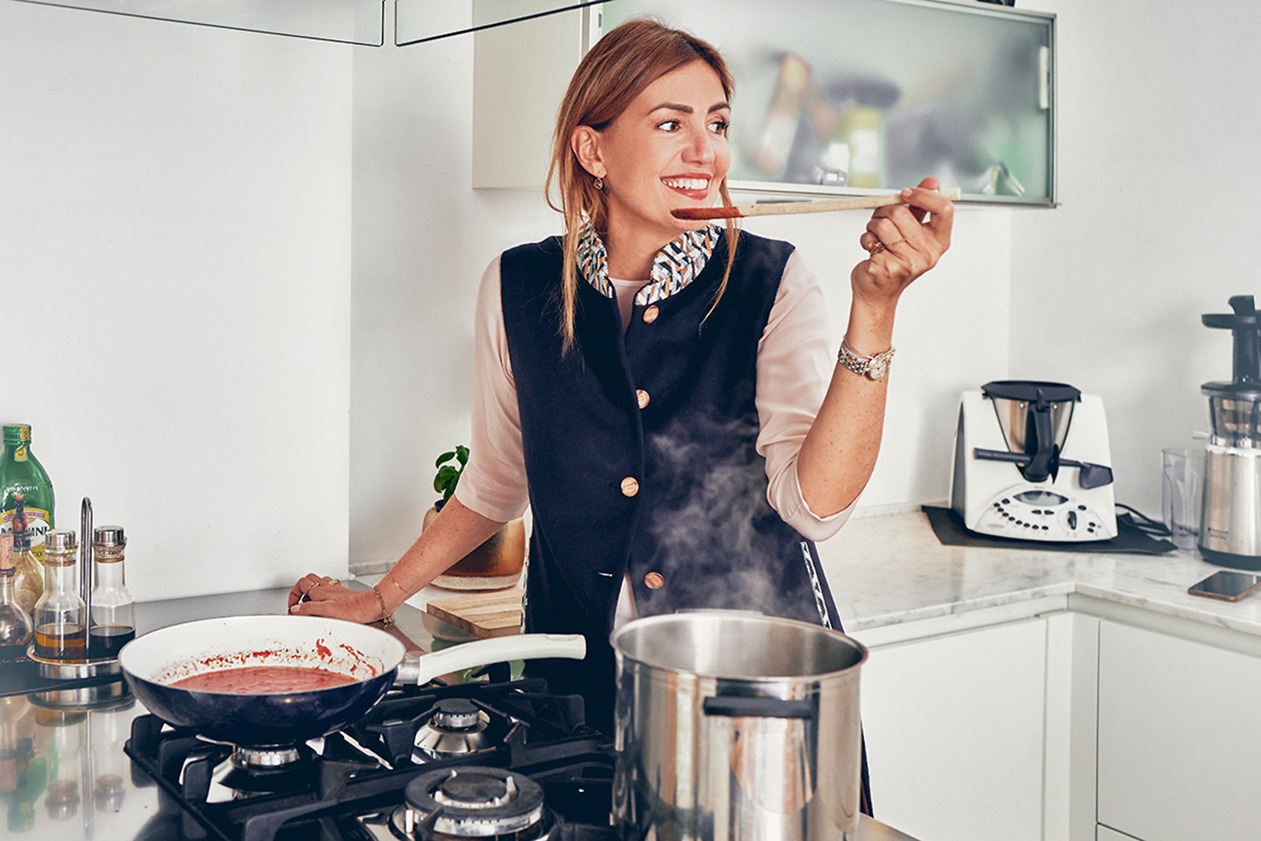 Chiara accompanies Helen to the kitchen to prepare her guest’s favorite dish: spaghetti with tomato sauce. “I always choose excellent tomatoes, superb oil and I add a lot of basil. If the season is not the ideal one, a good tomato pulp becomes special if it is mixed with some confit tomatoes!” Chiara explains to Helen, who chose an ArchivioB tricolor pullover made exclusively for TDS, for this lunch among friends. 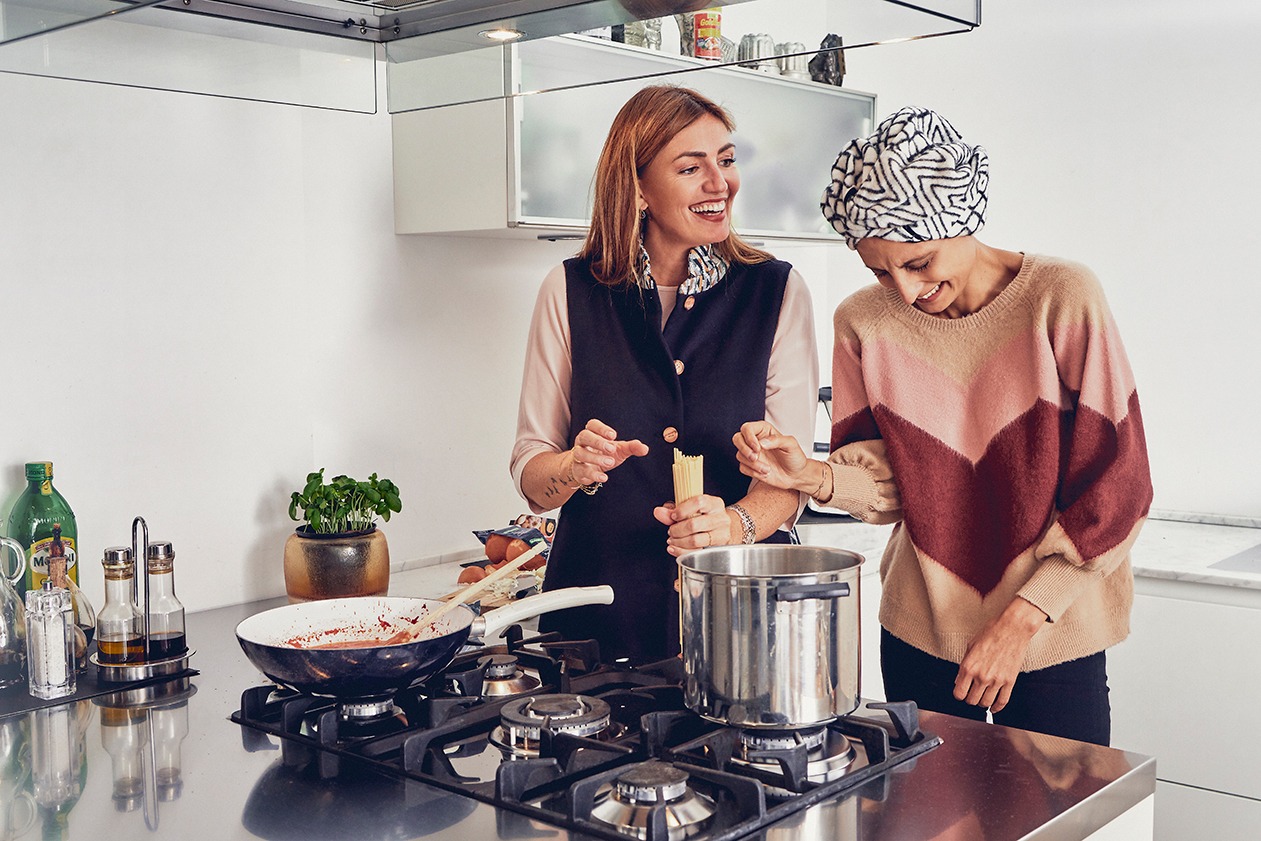 Maria Chiara and Benedetta Barontini of ArchivioB produce turtlenecks, dresses, capes and sweaters in cashmere and silk designed and made in Tuscany. The knits are produced in Umbria, where the excellence of Italian knitwear is rooted. The combination of contrasting colors also peaks Helen’s curiosity. The brand has a flair for special techniques like laser effects and dyes, like in the case of Helen’s sweater, which is made of merino wool with a zig-zag inlay and is carded or brushed in the same fashion as mohair.

Laying the table with Chiara 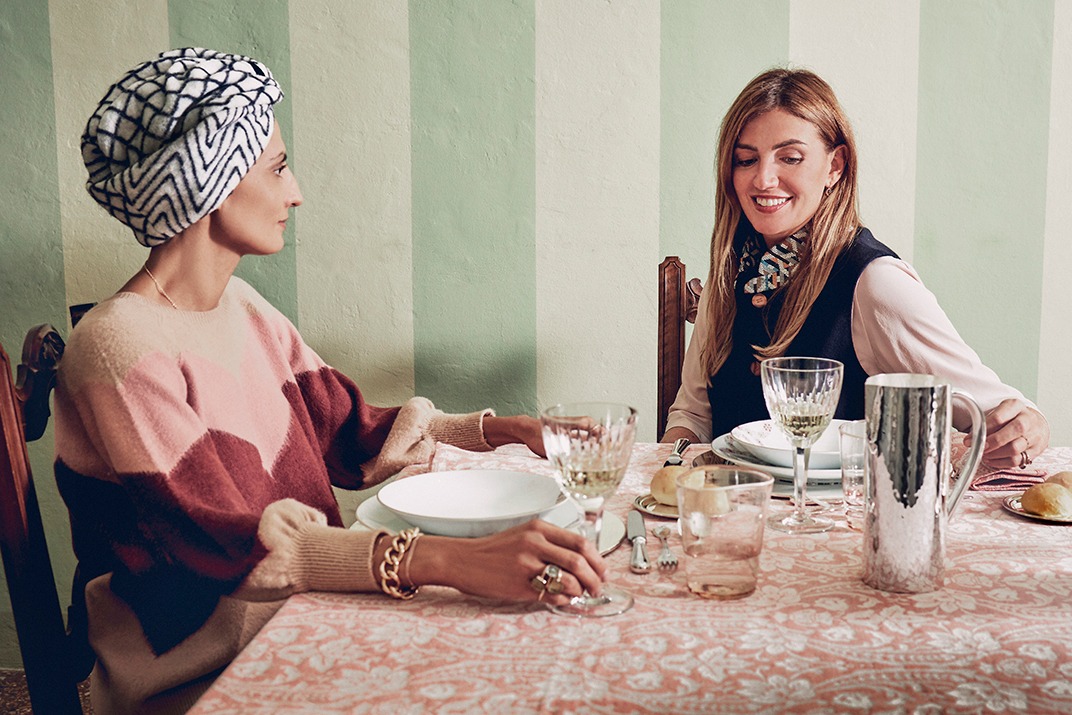 Shades of pink that would seem perfect also for Chiara’s floral table: a jacquard tablecloth in linen and cotton by Busatti, a Tuscan company founded in 1842 where precious fabrics made with hand looms come to life. 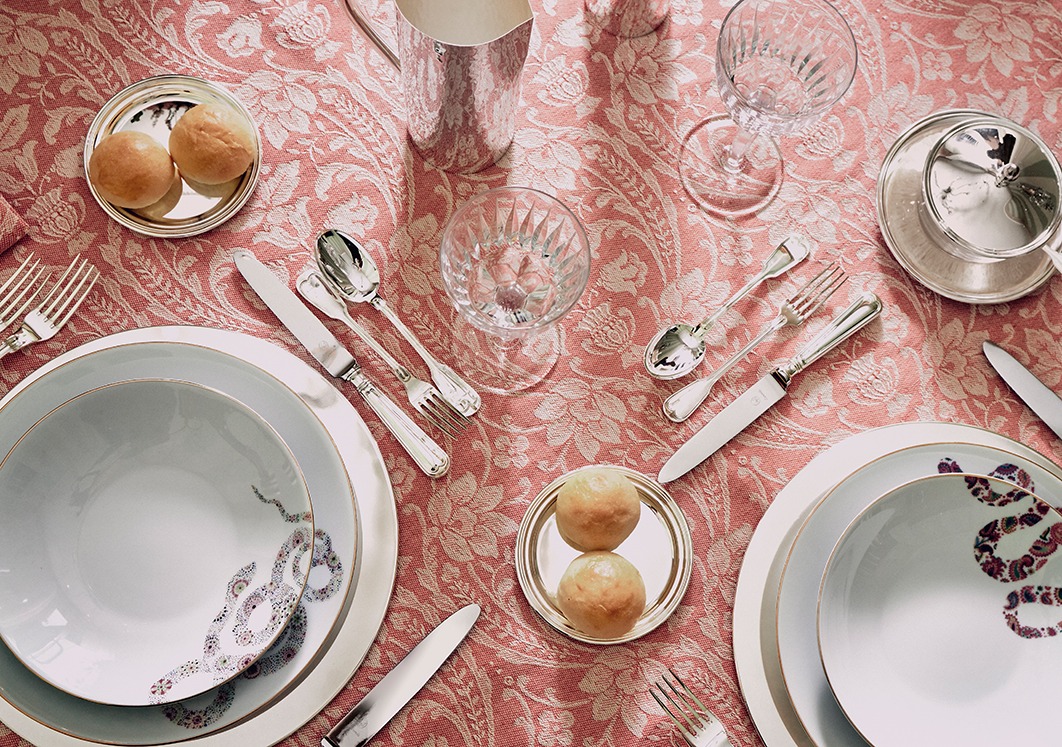 There is also Venetian glass craft vase by Micheluzzi Glass, complete with a floral arrangement from Bolognese flower stand Oui Felurs, where young Carolina, for ten years, has created small masterpieces for parties and weddings. 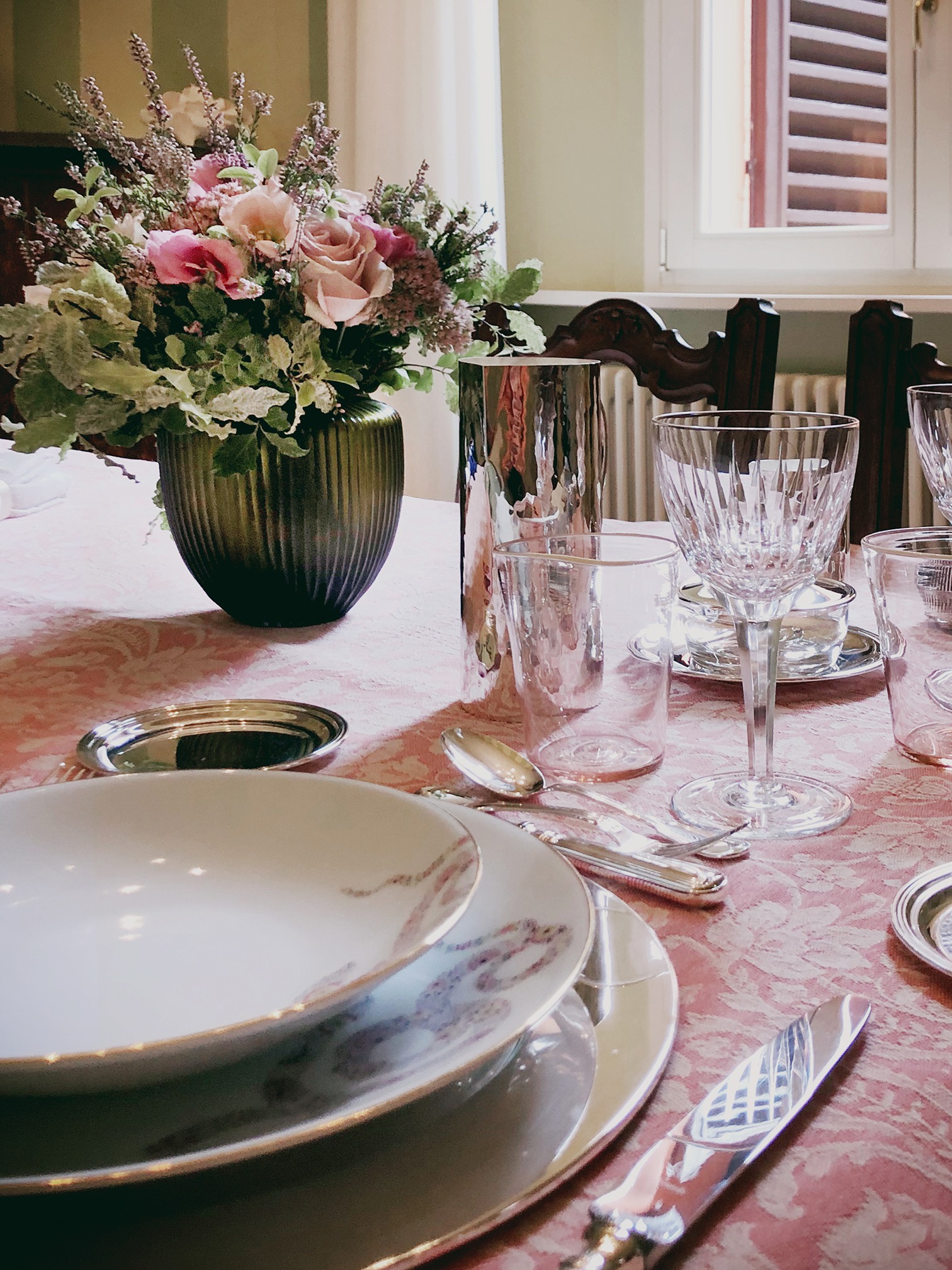 A mise en place ideal for the illustrated dishes of Dalwin Design and the glistening pieces of Argenteria Corradini, which are ready to reflect the lights of the Crepundia jewels chosen by Chiara for this occasion: gold rings with natural stones and a gold bracelet with a personalized inscription – which will also be available on TDS. 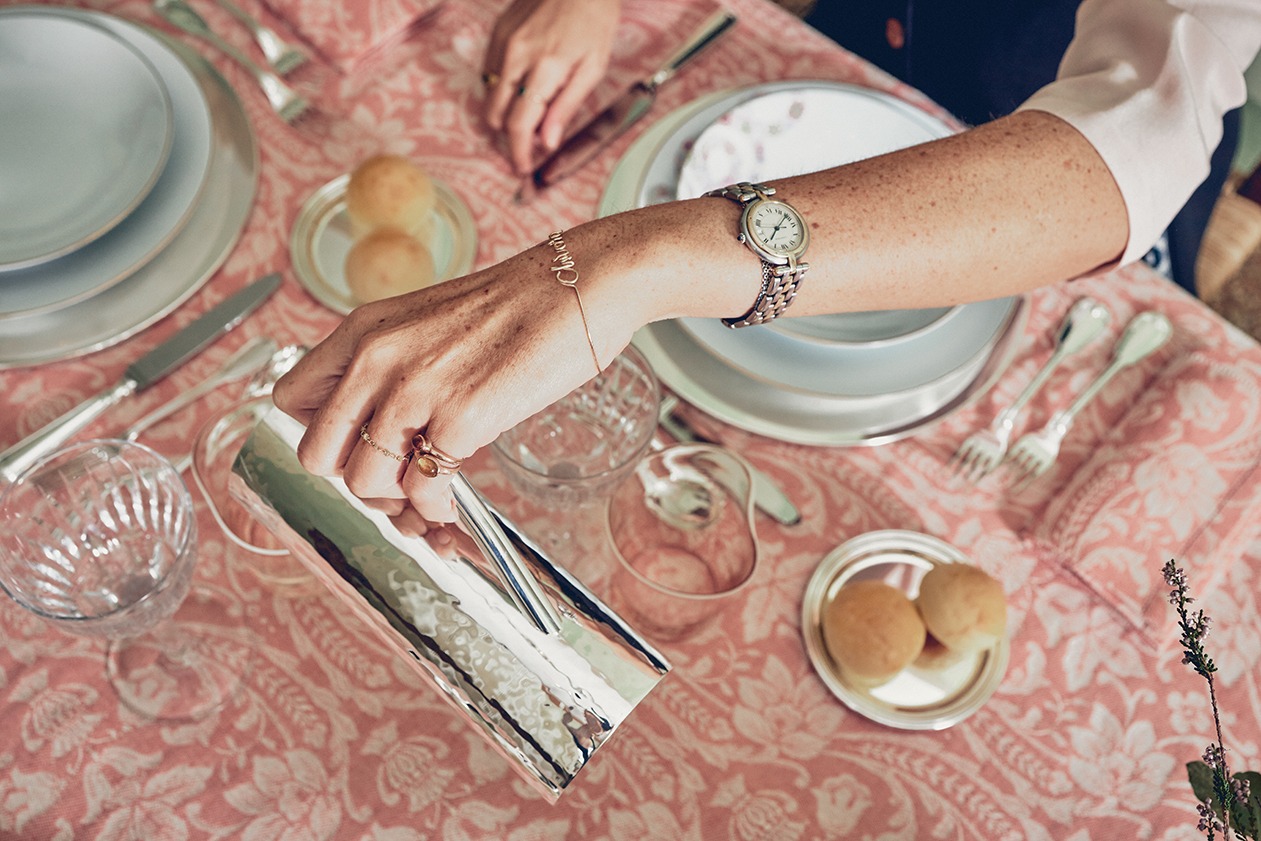 The two greet each other with a promise to meet again in Milan, when Helen realizes that it is time to meet a new friend in a charming Bolognese meeting point: the Camera con Vista bistro, overlooking the beautiful Piazza Santo Stefano. 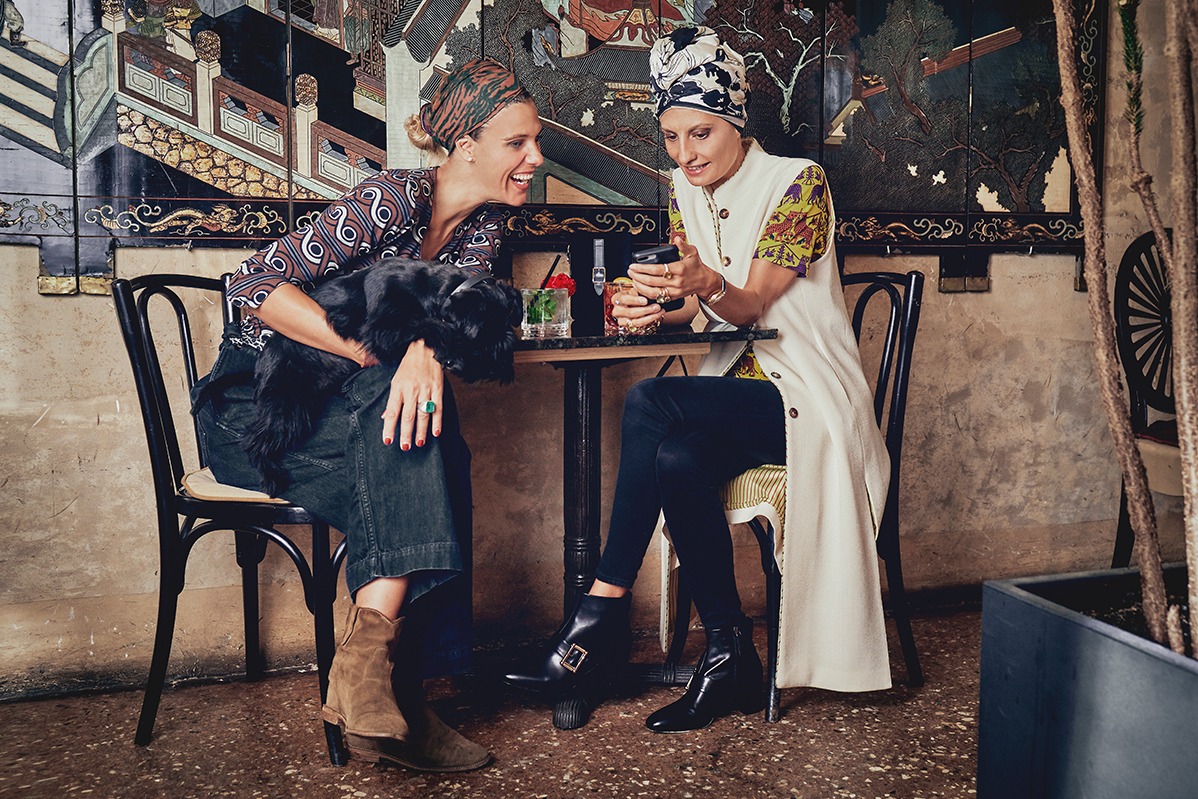 Set in a historic 18th century building, Carrara marble tables are flanked by antique wooden chairs, classic busts and a stunning French drop-shaped chandelier. With this splendid décor in the backdrop, Helen meets Carina Negrone, a Genovese by birth but who has now moved, for the most part, to Bologna. Negrone is also the founder of the Frei Und Apple brand: in her collections (totally made in Italy) there are simple garments like T-shirts, leggings and bodysuits that are awash in striking color combinations and prints inspired by ancient fabrics, abstract geometries and animals of the savannah. Flowers, panthers and snakes, but also ancestral symbols, numbers and designs derived from different ethnicities and cultures to diverse movements like the Bauhaus school. Both are wearing explosive prints, while Helen’s shirt (decorated with multicolored panthers) lights up an ensemble that includes her Scilè vest and buckled ankle boots by Anna Baiguera for a refined sense of elegance that is at the same time, rock ‘n roll.  The outfit is completed by Helen’s wardrobe staple – the Altalen turban, which for her is not just an accessory, but a real state of mind. The style maven is always delighted by wearing something made-to-measure just for her.  Oh what new style adventures await in the year to come. A year of discovery and reveling in Italy’s creativity. As always, we welcome you to join us, once again. 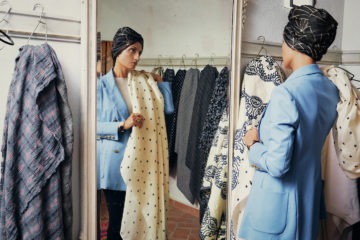 Art and Style: Helen Nonini brings us to Turin 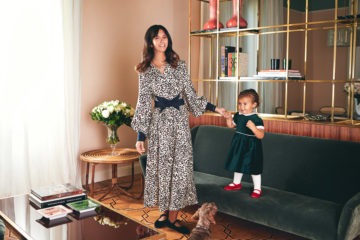 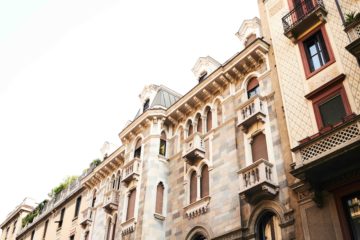